A Letter from Director

> Introduction > A Letter from Director

Youngnam Culture Institute is one of the emblematic institutes of Korean Studies in Kyungpook National University. The University established the Institute in 2000 to explore the local identity of the Youngnam area and to globalize its peculiarity. With its focus "Youngnam Studies", the first Director of the Institute donated a foundation fund, school authorities invested matching funds and faculty members made a united effort to donate funds. This spontaneous and active effort from the scholars of Korean Studies made the process of establishment itself meaningful and essential. 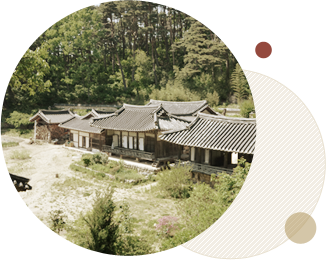 Youngnam Culture Institute has accomplished an outstanding achievement by conducting National Funded Projects, such as Humanities Korea Project, Fostering Fundamental Studies Project, and Core Research Center Support Project. Moreover, it has conducted the projects requested by Gyeongsangbuk-do and Daegu Metropolitan City and explored the cultural history of Youngnam by being given literature from prestigious families and regularly holding academic conferences. Through these processes, we made it possible to carry on an in-depth study of how Youngnam culture influences national culture and how Youngnam Studies opens up the future of Korean Studies.

Among several major projects that the Institute is conducting now, "Jongga Studies" is one of the most prominent. The Korean word 'Jongga' stands for 'head family of a respected clan'. Jongga families in Youngnam definitely outnumber those in other areas and the Youngnam area has well preserved culture of Jongga families. So much so that we are publishing the Jongga series in book form, setting a goal of 100 volumes, since the initial start up of 'Jongga Culture Basic Research Project' in 2013. This project has been taken to the next level: 'Build-up of Database of Jongga Family Cultures of the Youngnam area in Joseon Dynasty', and 'A Feasibility Study for Jongga Culture as World Heritage.' These projects are critical considering one of the contemporary social problems is family disorganization.

Another notable project is "Cooperative Translation Projects of Regional Foothold Institute", supported by Institute for the Translation of Korean Classics. Workshop on Korean Translation of Chinese Writings which we have run since the foundation of our institute has been immanent power for this project, and this cooperative translation project will be expanded according to the quality of the translation in the future. Given the considerable amount of Chinese literature created in the Youngnam area, this project needs to be actively carried forward. We run Workshop on Korean Translation of Chinese Writings and this will facilitate Korean translation of major Chinese writings of the Youngnam area and the modernization of Korean traditional knowledge.

Youngnam has led Korean ethnic history of mentalities since Silla created pungnyudo which is Silla's cultural heritage. Especially in Goryeo (Korean dynasty), as Tongdosa Temple and Haeinsa Temple in Youngnam show, glorious Buddhist culture ennobled Korean culture and at the end of Goryeo, Ahn Hyang (pen name is Hoeheon, 1243-1306) laid the cornerstone of Joseon Dynasty by introducing Neo-Confucianism. Subsequently, through the period of prominent Korean Confucian scholars, Yi Hwang (pen name Toegye, 1501-1570) and Cho Shik (pen name Nammyung, 1501-1572), Youngnam School was founded, establishing the identity of the Youngnam area which is distinguished from Giho and Honam Schools. The foundation Geungi Silhak (Practical Learning School in the Vicinity of Capital Seoul) by Jeong Gu (pen name Han Gang, 1543-1620) was also based in the Youngnam area, especially Donghak, founded by Choe Je-u (pen name Su-un, 1824-1864), the reflected the spirit of the genuinely Korean. With this Korean cultural tradition, Youngnam Culture Institute will ceaselessly publicize and develop Korean Studies centering on Youngnam Studies. For this purpose, we sincerely ask for your valuable advice and encouragement.